SELO is sadly not staging concerts due to Covid-19 restrictions, although we look forward to returning to performances as soon as possible!

In the meantime, we have been able to remain together, connected and active online, as well as holding in-person repertoire days when guidance has allowed. The following is a summary of these events during our atypical 2020/21 ‘season’.

About the Concerto for Orchestra

If you’re a record collector, have a listen to this edition of BBC Radio 3’s Building a Library (46 minutes), where Rob Cowan surveys some of the available recordings.

About the composer
About the overture

Mozart: Overture to The Marriage of Figaro

About the composer
About the overture

About the composer
About the piece

“Whereas most other modern composers are engaged in manufacturing cocktails of every hue and description, I offer the public pure cold water.” This is what Sibelius wrote about the Sixth Symphony

One of the core themes of Sibelius’s music is an overpowering love of nature and the Northern landscape – January in some parts of the UK has a good go at imitating this image, and the past few months have taught society at large about the benefits of reconnecting with the natural world around us. So it’s these thoughts that have brought me back to Sibelius 6, perhaps above all the ‘Cinderella’ of his seven symphonies.

Joan Tower is perhaps not massively known in the UK, but she is a major part of the American compositional firmament. Born in New York in 1938, she spent a significant part of her childhood in Bolivia (aged 9 to 18), which she believes makes rhythm a huge part of the music she writes.

Made in America came about through a consortium commission – in 2001, the leaders of a few small-budget orchestras around America pooled their resources to commission a nationally-known composer, with national association and commercial funding behind the project. The project grew to encompass 65 orchestras representing all 50 states, who all performed the work over the first 18 months of its life. Tower says she was well advised on the difficulty level, knowing that she had to provide something suitable for a range of orchestras – youth, university, community, semi-professional and higher.

Audio programme about Made in America by Music Director David Smith.

Some members of SELO talk about two pieces of music that are important to them, one that they have inherited from their family, as well as a piece they would pass on to the next generation. We have three keen members cued up to share with you! From the strings we are pleased to welcome Maeve Lynch and Ed Langford and from the wind we look forward to hearing from Claire Goddard.

Music Director Dave Smith introduces and discusses the pieces sent out to members since the last listening club.

Elgar/Payne Symphony No. 3, is a large piece deliberately chosen to be dipped into over a long period.

Elgar died in 1934, leaving 127 pages of sketches of the Third Symphony. The violinist, WH Reed (leader of the London Symphony Orchestra and a significant ally and musical collaborator of Elgar’s) published a book ‘Elgar as I Knew Him’, featuring a selection of the sketches but also repeating the composer’s instruction that no-one be allowed to ‘tinker’ with it. Anthony Payne had read Reed’s book in 1972, become inspired by the sketches and studied them in detail for years.

In 1993 Anthony Payne was approached by the BBC to get the sketches into shape for a workshop performance, and you can read about all the work he did and the sources of extra material he raided in his article. It was seemingly to no avail, as the Elgar family eventually refused the BBC permission for the project. A broadcast was made, but Payne’s ‘tinkerings’ were not mentioned. It did, however, increase awareness of the sketches, and the family began to change their minds – realising that, in 2005, Elgar’s material would go out of copyright and then anyone could find the sketches in the British Library and tinker away. Payne was officially commissioned in 1995 to produce a complete version of the Symphony, and the world premiere was given in February 1998.

By way of contrast we have a collection of three pieces by one composer, again to dip into or use as a starting point to find out more about his music. Thomas Adès, Concerto for Piano and Orchestra, Les Baricades Mistérieuse and Asyla

Born in 1971, his compositions include three operas, a range of orchestral music, along with chamber and solo pieces.

His music is complex, no doubt, pushing hard at the boundaries of rhythmic complexity, pitch (extreme highs and lows are common) and meaning. There is such depth of emotion supported by the intellectual rigour, and he creates soundscapes almost like no other – amazing listening experiences

Inspired by a bite-sized Radio 4 programme in which guests talk to two pieces of music that are important to them, we will be featuring several members talking to pieces they have inherited from their family, as well as a piece they would pass on to the next generation. We still have one last slot available, if you are keen to come along and be featured then please get in touch at seorchestra@gmail.com ! We’ll make sure we also have time for some breakout rooms to enable members to chat and catch up in between listening to the choices being shared.

In 2009, new owners of what was formerly Price’s summer home began renovations and discovered books, manuscripts, sheet music and more bearing her name, and mercifully contacted archivists who reintroduced several pieces into the repertoire. The well-known music journalist, Alex Ross, wrote in 2018 that: “not only did Price fail to enter the canon; a large quantity of her music came perilously close to obliteration. That run-down house in St. Anne, Illinois is a potent symbol of how a country can forget its cultural history.”

Her second Violin Concerto was one of the works rescued from this house. It’s from 1952, the year before she died aged 66. It is in one movement, but contains four sections in which she repeats the primary and secondary themes.

It’s a delightfully bright and attractive piece, and hopefully an enjoyable taster of Florence Price’s music!

Many would say that Ellington is a giant of the world of jazz. Duke Ellington was a composer, pianist and leader of a jazz orchestra. It was his orchestra’s appearances at the Cotton Club in Harlem that cemented his reputation. But Ellington called his music ‘American Music’ and ‘beyond category’, taking this as a liberating principle, thinking of his music as part of a more general, overall genre. This boundary blurring is a notion familiar to us in our current era of crossover, shared influences and traditions, but at the time it was a new idea, for a black jazz musician to promote.
In the 1940s, after much success and patient building up of his reputation, Ellington was keen to expand his range into longer works. The first of these was Black, Brown and Beige (1943), dedicated to telling the story of African-Americans, including the place of slavery in that history. This work debuted at Carnegie Hall in 1943, and started an annual series of concerts for Ellington at the venue. 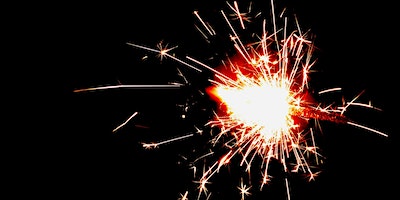 With our June 26th concert fast approaching (this Sunday!), we are pleased to introduce our soloist Nicholas Shipman! Nick completed his BMus in music at

We’ll be playing Britten’s “unfinished” clarinet concerto. Incomplete and impounded by customs when Britten left America in March 1942 (over fears of espionage!), the score was finished by Colin Matthews in 2007. Get your tickets to hear us play! https://buff.ly/3HGUrAQ (2/2)